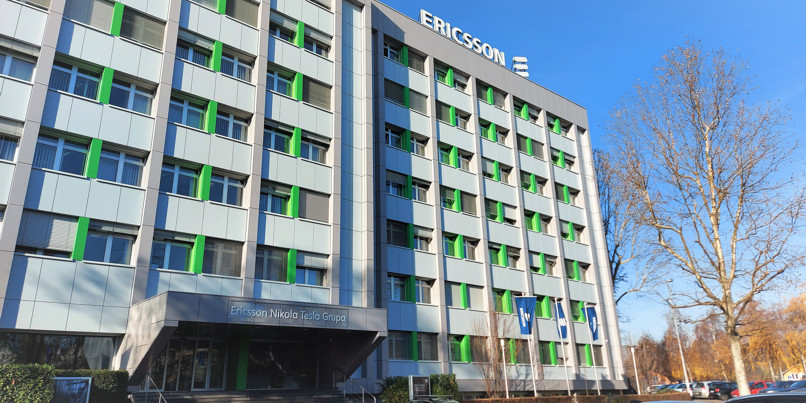 One of the biggest projects of improving energy efficiency in Croatia that was co-financed by the EU funds was successfully finished, allowing Ericsson Nikola Tesla to enter 2021 with significantly improved technological capacities regarding energy efficiency. With this project, the company once again confirmed its strategic direction of reducing carbon footprint in line with the European Green Deal and the United Nations Sustainable Development Goals, i.e. responsibility towards the environment and the community in which the company operates.

Two and a half years after the signing of an agreement for granting funds from the European Structural and Investment Funds, within the “Competitiveness and Cohesion” Operational Program 2014-2020 for the project “Improvement in energy efficiency and use of renewable energy sources in Ericsson Nikola Tesla d.d.”, the company enters into a new period that will be characterized by the annual energy savings of more than 4.6 million kWh, and at the same CO2 emissions will be reduced by almost 1400 tonnes.

Despite the pandemic, and the earthquake that hit Zagreb in March 2020 when the project implementation was at a critical stage, after 18 months of intense construction and electricity works, the Company’s campus located at Trešnjevka operates and looks precisely in a way that it was planned more than 3 years ago. Out of the total MHRK 67 of the planned acceptable costs for this project, when contracting the works the company reduced the costs to MHRK 63.5, of which EU grants represent MHRK 17, while the rest of the funds for energy efficiency project were secured by Ericsson Nikola Tesla.

The project was implemented through a successful cooperation with the Ministry of Environment and Energy, the Environmental Protection and Energy Efficiency Fund and the Central Finance and Contracting Agency.

The team of 600 participants worked day and night on the energy consolidation of production site, the construction of the main heat exchange station with the corresponding substation and the main cooling station and outdoor connecting pipelines, as well as on the renewal of building envelopes of the two largest buildings, setting up the new heating, ventilation and air-conditioning systems and an installation of a significantly more efficient lighting system. Despite all the unexpected challenges, they managed to finish this large and a very complex project regarding coordination within the agreed deadlines, as, during all the implementation stages, Ericsson Nikola Tesla’s location remained open and continued to provide support to customers in circumstances no one could imagine at the time  when the project started.  In conditions that were significantly harder than in the previous years, the company, owing to EU grants, and with its own large investment, achieved a goal that represents one of the prerequisites of the company’s long-term business sustainability.

Additional information can be found at company web pages dedicated to energy efficiency project. A short visual comparison of before and after is presented in an interesting short video recorded by a drone, and published on Ericsson Nikola Tesla’s You Tube.