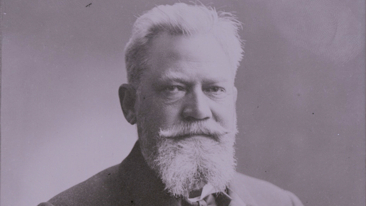 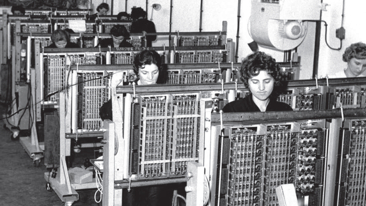 The company Ericsson Nikola Tesla originates from the former enterprise “Nikola Tesla” that was founded on October 31,1949 in Zagreb. The Company owes seven decades of its business success to joint work, effort, knowledge, professionalism and experience of all its current and former employees. It is estimated that during all these years more than 20,000 people worked in the company. We have always been proud to say that people are the company’s most valuable asset.

When founded, the Telephone Devices Factory “Nikola Tesla” had 113 employees and was located in a small workshop in Palmotićeva Street in Zagreb. As early as at the beginning of the 1950s, "Tesla" was moved to the present location in Krapinska Street. This created the prerequisites for its spatial and business growth, as well as the launching of series production.

Having decided to produce automatic crossbar exchanges, “Tesla” signed a license agreement with Ericsson as early as in 1953, thus becoming one of the first license partners to Ericsson in the world. In the late 1950s, the first export deals were made to the former USSR which was a great business success at that time.

Over the past 70 years, Ericsson Nikola Tesla has gone through a long development journey; however, owing to its link with Ericsson, it has always been at the very top of global technology. At the time when crossbar, semi-electronic and digital systems, packet switching, as well as state-of-the-art network solutions based on IP technology and user mobility became technological reality of the company, they were also revolutionary with respect to global telecommunications as well as a new step towards a better and safe future.

Over the past twenty years, the Company positioned itself as a provider of modern ICT products, solutions, software and services. On an equal footing with other members of strong Ericsson global family, the company does business in the area of modern communications technologies and takes part in shaping global communication trends.

Since its foundation, Ericsson Nikola Tesla has always been one of the leading providers of telecom solutions in Central and Eastern Europe. By contributing to a continuous telecommunication network technological modernization and to the digital transformation of the society in the past decade, the company has significantly contributed to the development of the Croatian national economy and the society at large.

The great business expansion of "Tesla" began in the 1960s and 1970s. Already at that time, 40 percent of the total production was export-oriented. At that time, the Telephone Devices Factory changed its name to Telecommunication Equipment Factory “Nikola Tesla” under which it operated until Ericsson Nikola Tesla joint-stock company was founded.

In 1977, “Tesla” made another great and bold technological step by signing a contract with Ericsson on business and technical cooperation for the production of digital telephony and telegraph exchange systems AXE10, AXB20 and ASB. This was followed by years of fast technological development. That period turned out to be a very successful, although not an easy one.

“Tesla” continued to operate profitably, although all performance indicators experienced a considerable drop. This was the case with the entire Croatian economy. At the same time, national telecom network was modernized and expanded more than ever before. The Company, together with the then HPT (today HT), played a leading role in this process. Among other things in 1990 “Tesla” put the first public mobile network in Croatia into operation.

In the early 1990s, there were extensive activities related to the privatization and transformation of the then socially owned enterprise “Nikola Tesla”. Ultimately, in 1995, Ericsson signed a contract with the Croatian Privatization Fund on the purchase of 49.07 percent of "Tesla" shares, becoming the Company's largest single shareholder. Ericsson was also among the first and biggest strategic investors in the Croatian economy. The founding Assembly of Ericsson Nikola Tesla joint-stock company was held on May 13, 1995. Besides Ericsson's share, small shareholders gained ownership of 49.98 percent of the Company shares. Croatian Privatization Fund remained the owner of 0.95 percent of the Company shares. The name of the new Company is a combination of the names of two great men:  Lars Magnus Ericsson, the founder and first owner of Ericsson, and Nikola Tesla, a Croatian scientist and world-famous inventor.

The company began its new journey. Ericsson Nikola Tesla adopted a new business philosophy and aligned its organization and business operations with the corporate strategy and standards.

As an associated member of Ericsson Corporation, the Company offers a complete range of Ericsson products and services to its customers, which encompass the infrastructural telecom solutions for mobile and fixed operators, Internet service providers and business entities, solutions regarding national and public security, digital cities, intelligent transport systems, as well as solutions for transmission and broadcasting for TV and radio operators, multimedia solutions for media companies and telecom operators, information systems and application solutions in the area of e-system (e.g.  e-health), consulting, implementation and system integration services, managed services and customer support.

The basic Company activities cover the following: sales and marketing in Croatia, export markets, and within Ericsson corporation, research and development, design and implementation of e2e communications solutions in the operator segment as well as solutions for industry and society, system integration of complex systems in all segments of business operations, wide portfolio of services, innovations in the development of new products and services, as well as business models, and the continuous improvement of existing business processes.

Being a Croatian leader in the area of advanced technologies Ericsson Nikola Tesla is committed to maintain its strategic technological direction in the future and rely on strong Ericsson brand, as well as its own development, employees and their knowledge and innovativeness. This synergy of knowledge, global presence and experience at the local level, has been recognized by our customers and other stakeholders as a synonym for quality, reliability and trust.

Ericsson Nikola Tesla is a socially responsible company which builds its strong reputation on credible representation of the company and good relations with all stakeholders: employees, customers, partners, suppliers, shareholders and the wider community. The Company promotes sustainable development as this is a business strategy which aims at balancing long-term growth and competitiveness in changeable external conditions with the effect on economic, environmental and social development.

Ericsson Nikola Tesla has been at the top of domestic ICT industry for a long time. Nowadays, the Company has more than 3,200 mostly highly educated employees, of which more than 1,500 are working in the largest domestic Research and Development Center. It is also Croatia's number one exporter when it comes to the export of knowledge. Our imperative in the future is to keep this position and continuously develop as a socially responsible and sustainable entrepreneur.